One reason why we are against against Coastal Armoring

“If you lose the use of the beach, you’ve lost Southampton,” said Fred Havemeyer, a member of the Town of Southampton board of trustees, which opposes the construction. “All these people are extremely rich and they’re broadcasting the message of ‘Me first.’ ” 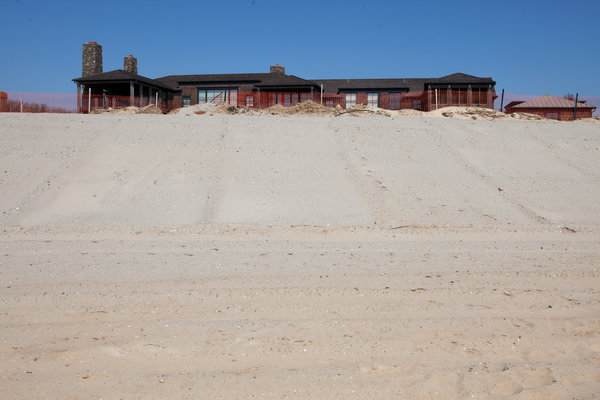 Mr. Havemeyer and other trustees said the homeowners had taken advantage of a rule adopted by the State Department of Environmental Conservation after Hurricane Sandy that permitted damaged bulkheads and other beach fortifications to be rebuilt outside standard procedural requirements.

Some of the homes already had protective structures, but they were much smaller. The trustees have asked the conservation department to investigate whether the new structures violate existing restrictions.

The department said in a statement that it “continues to look into this matter.”

Several of the protective barriers of boulders and bulkheads are now covered in mountains of sand so high that they obscure much of the houses when viewed from the beach.